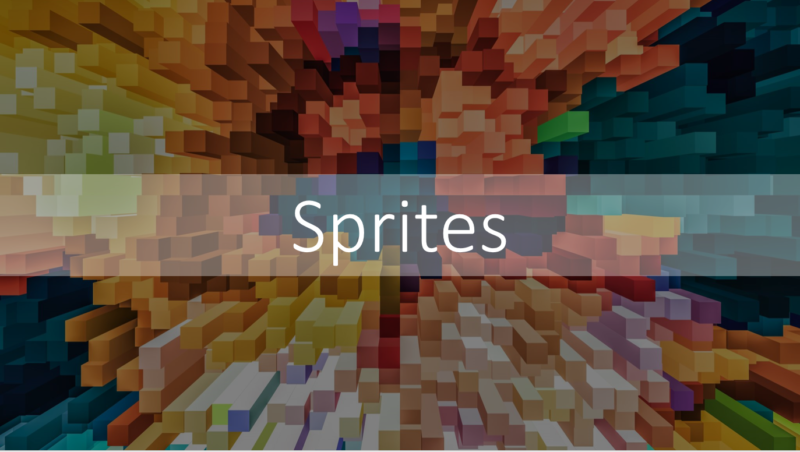 In a computer game a sprite is the name usually given to a two-dimensional bitmap computer graphic, designed to be integrated into a level, intro or exit screen. They can be static or animated. 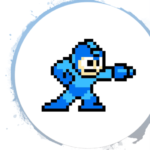 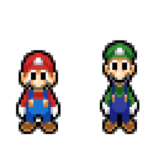 Sprites were commonly used in 2D game design in the 1980s and 1990s, for designing player and enemy characters, before modern 3D graphics cards. Today, however, characters are usually designed with 3D polygons instead, because it’s faster to render them using a 3D graphics card.

Sprites are often used to add other feature to games, such as buttons, elements within a HUD (Heads-Up-Display) such as lives, score etc. 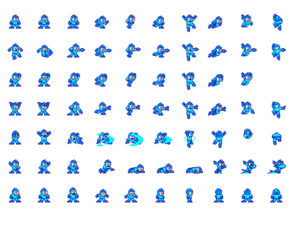 What is a sprite sheet?

A sprite sheet is an image that consists of several smaller images (sprites) and/or animations. Combining the small images in one big image improves the game performance, reduces the memory usage and speeds up the startup time of the game. 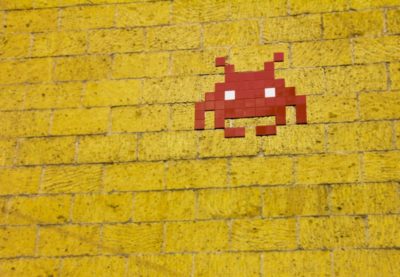 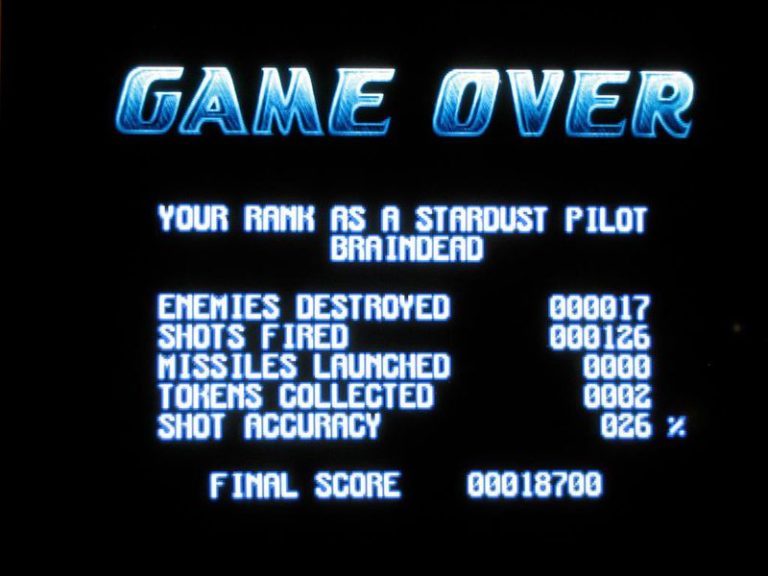 Creating a Score in Game Maker Studio 2 Create a score object , called it objScore Add a Create event to the object and setup a global variable to store the score: global.pscore = 0; Add a Draw event to this object to draw the score to the screen //draws the score in the top… 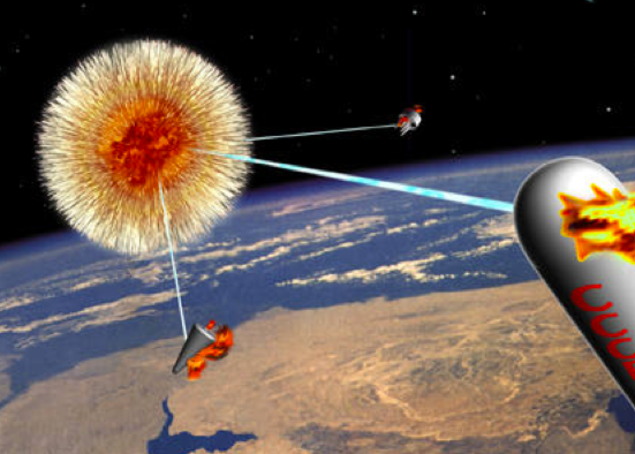 Tutorial 8: Creating Enemy Lazer / Bullet Go to the Assets Browser resources area menu: Right click on Sprites and click Create Sprite or you can click on Resources menu at the top of GameMaker studio. Make sure you name your sprites correctly – always prefix your sprites with the letter spr Name the sprite… 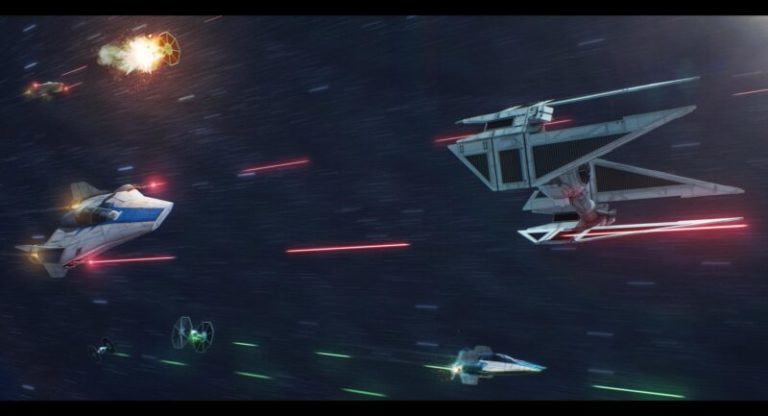 To create enemy waves You need to have followed the tutorial on creating a persistent object in the previous tutorialCreate a score that keeps its value between rooms. Add this global variable to the Create event of objVarPersist: global.wave=1; Create an object called objEnemyWaves In Create event add the following code: //wait 10 seconds for… 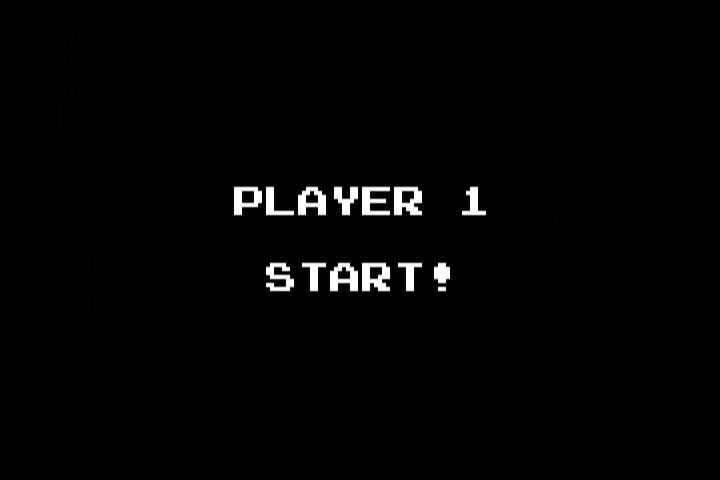 Tutorial 12. Creating a Start Room for your game There is a start button in the Asset Resources folder you can use. But I’d prefer if you created your own! You get marks for originality. You could use https://www.piskelapp.com/ for this. Create a start button Create a sprite for your button – call it sprStartButton… 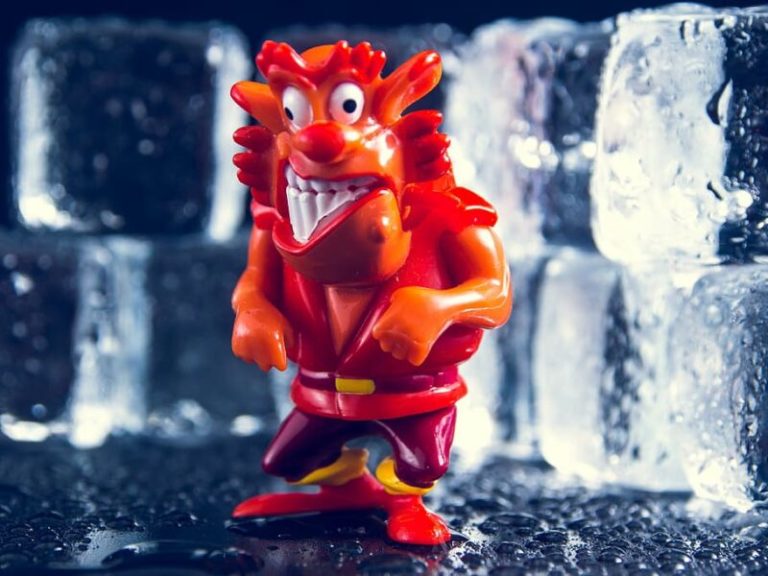 Tutorial 7: Creating Enemy Sprite in Game Maker Studio 2 Go to the Resources area on the right of your screen: Right click on Sprites and click Create Sprite Make sure to name your sprites accurately for future reference Example: always prefix your sprites with the letters spr Name your first enemy sprite sprEnemy1 Importing…